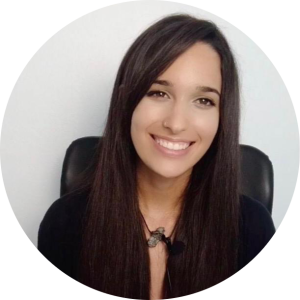 The History of Medical Cannabis

Let’s jump back in time, all the way back into the ancient world. Fascinatingly, the use of medicinal cannabis is dated at least 10,000 years into the past. Yet strangely, humanity has faced an odd twist within this long lasting linkage. Only now are we finally retracing the wise steps of our ancestors, as various countries progressively reimplement the legal and diverse use of this resourceful plant.

Cannabis sativa was discovered by early civilizations and used medicinally for a number of conditions. Growing inside the pollinated flowers of the female plant, its nutritious seeds marked humanity’s initial interaction with beneficial effects.

Though food was its primary purpose, ancients soon discovered more medicinal properties. Mixed with other medications, the plant was typically used for pain management, while the leaves and roots were commonly utilized as poultices to alleviate swollen, stiff and painful joints.

In traditional Chinese medicine, Cannabis is one of the 50 fundamental herbs, and  indicated for 120 different forms of disease. In ancient Egypt, cannabis was used to treat sore eyes and alleviate hemorrhoid pain. Further around the globe, ancient Indians commonly treated conditions such as insomnia, headaches, gastrointestinal disorders, and pain with cannabis application.

Extending beyond our kind and even towards other species, Ancient Greeks made use of cannabis to bandage wounds on their horses. In humans, dried leaves served for the treatment of nosebleeds, while the seeds were effectively applied to eliminate tapeworms. Though the most commonly spoken use was a warm water or wine extract, used to heal ear related pain and congestive inflammation.

Making progress into medieval times, Arabic physicians recognized several medicinal uses of the plant, such as antiepileptic, diuretic, antiemetic, analgesic, anti-inflammatory, and antipyretic qualities, which carried prominent presence from the 8th until the 18th centuries.

Around the 19th century, cannabis’ growing fame finally reached the Western regions of the world. Before 1937, over two thousand cannabis based medicines were manufactured by more than 280 providers. Even as early as the 1830’s, experiment based research had already led to the conclusive fact that cannabis acts as a successful remedy for muscle spasms, stomach cramps and pain. Certain doctors, such as O’Shaughnessy and Moreau de Tours, remain known to this day for initial scientific investigation of medical marijuana. Some of their common cannabis applications included the alleviation of melancholia, migraines and insomnia, as well as analgesic and anticonvulsant use.

Moving further into the timeline, Dr Albert Lockert and Manley West were particular characters in 1964, as they vigorously showcased an interest in glaucoma rates within Jaimaican communities. What was unfamiliar to these scientific minds was the strangely low rate of glaucoma’s presence within the studied region.  With further investigation, this was then revealed to be a positively seeked result of Rastafarians washing their eyes with cannabis extract. The locals believed this would ameliorate their sight, and fantastically, this habitual practice was officially recognized.

By 1987, Lockart and West entered the pharmaceutical market with Canasol as one of the pioneers of cannabis extracts. In the 1970’s, further progress was notable as a synthetic variation of THC was manufactured and given usage permission by the United States. The name of the drug was Marinol, and it is still in the market today.

Nowadays, some form of medicinal cannabis is legal in 32 different countries, while a few other nations allow for cannabis based medications such as Sativex, Marinol or Epidolex to be sold under regulation. As more and more governments familiarize themselves with the medicinal wonders of cannabis sativa, we likely face further international regularization.

Long ago our ancestors made use of cannabis’ powerful healing properties. Simply imagine all the incredible discoveries and new suitable applications we may come across today. With genetic manipulation and up to date bioengineering, science continues to rapidly acquire industrially changing knowledge, allowing for the development of previously unknown medical product efficacy.  Following these steps, cannabis’ pharmaceutical potential is inevitably leading to a promising evolutionary milestone in human health and the scientific community, wherein Herb Industries stands as a leader.